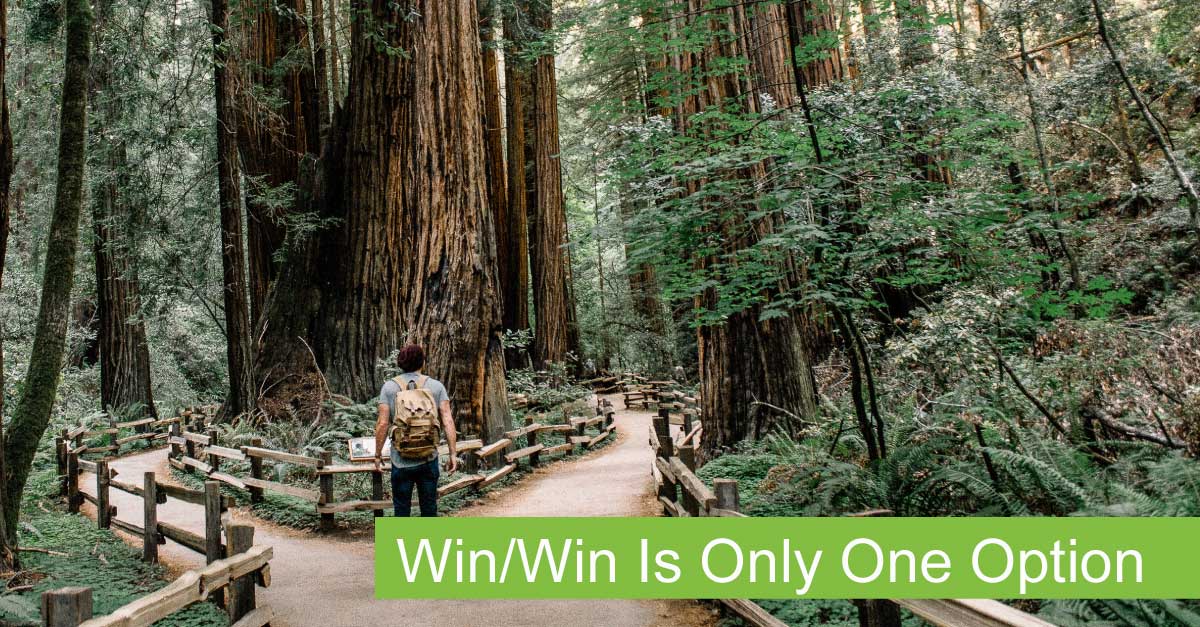 A number of years ago, ENSI surveyed clients on their views regarding the concept of ‘win/win’. Most respondees indicated they experienced the term as a persuasive ‘you need to give me more…’ tactic, and not about seeking a genuine ‘win/win’.

Consider the following dialogue towards the end of a prolonged negotiation.

Negotiator:“Well’ that’s definitely as far as I can go.”

Counter-party:“Oh come on… Be fair… You can do better than that.”

Counter-party:“Ridiculous and most unreasonable! You are being totally unfair. We need to have a ‘win/win’ on this!”

Take a moment and contemplate: if you were the negotiator, how would you react to the counter-party’s use of the term ‘win/win’?

What is a genuine ‘win/win’? In theory, it may be defined as an integrative negotiated outcome in which the parties believe all creative options have been researched fully taking into account each other’s needs and reaching a final agreement that cannot be improved on.

No‘win/win’ in the world of commercial negotiations

However, in practice, while ‘win/win’ may be an emotionally appealing concept, in 40 years of advising corporates on their negotiation strategy development options your writer has never had a client in the commercial arena saying they wanted an equal ‘win/win’ outcome. While at times some were specifically seeking a ‘win/lose’ outcome, most say their management was pushing for a ‘big Win for us/small win for them’, or at times a ‘Win/don’t care’ outcome.

Another aspect of this discussion is to consider what is meant by a ‘win’. This often is to do with perceived value which may be seen quite differently in the eyes of either party. Then there are those who will argue that in a capitalist society any negotiation must be ‘win/lose’ competition.

Nevertheless, let us consider some base-line decision-making options when planning our negotiation strategy. Always remember, before deciding on your course of action, to first ask: “How does the other party see this negotiation and what general approach will they likely be using?”

The above diagram, adapted from the Thomas-Kilmann ‘Conflict Modes’ model, is useful for describing five possible general approaches for developing negotiation strategy.

It may be appropriate to follow a strategy of:

Win/Lose or Compete: when you stand up for something in which you strongly believe, or simply want to beat the other side, even if it leads to confrontation. Examples of this approach can be seen in take-over negotiations,mergers and acquisitions, or in buying a new car

Lose/Win or Accommodate: when you decide to yield to the other party possibly focusing on a longer-term gain. Examples are anything to do with ‘losing the battle to win the war’

Lose/Lose or Avoid: when you judge the matter to be trivial, or is better postponed to another time, or where ‘winning’ is represented by least loss. Examples of the latter are often seen in labour relations negotiations and commonly in personal divorce negotiations

Small win/win or Compromise: when it is expedient to accept a partially satisfactory agreement. With time running out, many negotiators knowingly settle for a sub-optimal solution perhaps agreeing to ‘split the difference’

Big Win/Win or Collaborate: when you want to take the time to search for an integrative solution that fully meets or exceeds the needs of all parties. This may be particularly important for sustaining a key long-term relationship.

1. We advise clients not to use the term ‘win/win’ as it more often creates a negative response. Terms like ‘joint gain’, ‘mutually beneficial’, ‘everybody happy’, or even ‘ensure no-one loses’ are more effective.

2. Many clients, when working up their negotiation strategy, have found the concept of ‘Win (for us)/Think Win (for them) to be an extremely useful option to consider.

Response to 'Win Win Is Only One Option'

ARTICLE RESPONSE Here is a most interesting response from an ENSI client enlarging on our view that ‘win/win’ is only one option.
Michael Hudson
Style

A number of years ago, ENSI surveyed clients on their views regarding the concept of ‘win/win’. Most respondees indicated they experienced...
Michael Hudson
Style

With recent headlines filling the news of nations ready to take arms; are there useful lessons to learn from past negotiations to bring back peace?
Jacobus (Sjaak) van Vliet