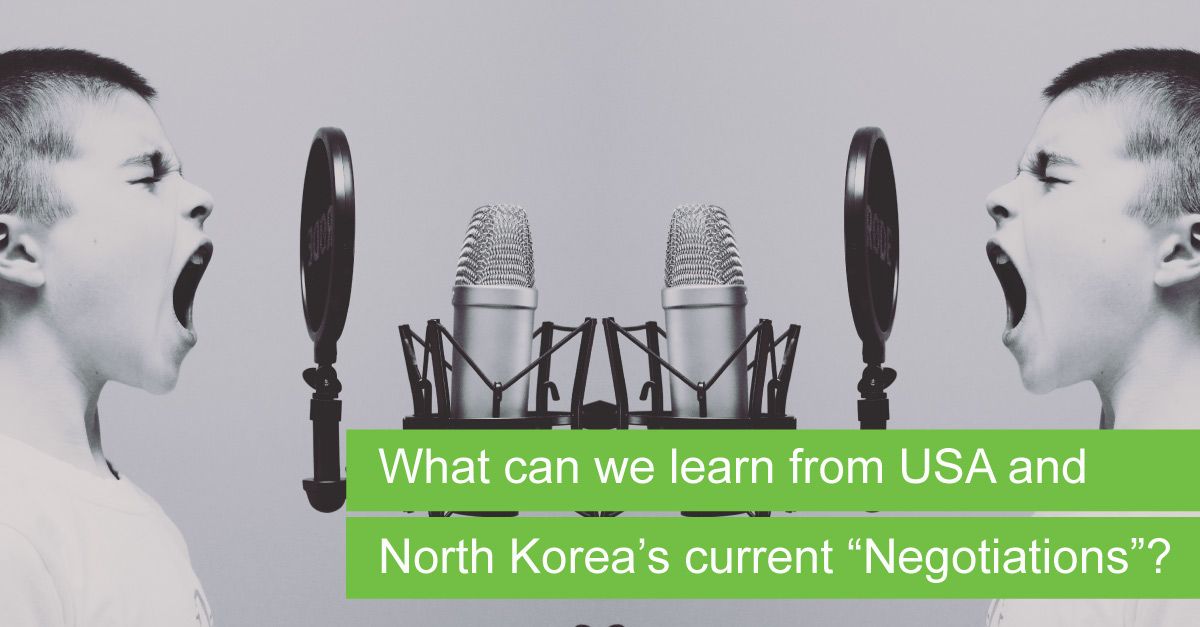 The question is sometimes asked by my negotiation consulting clients – what is the prospect of a war between the United States and North Korea? Utilizing the ENSI process model, let me offer some insights.

This model follows some solid steps when for every negotiation: goals / needs / style / tactics and concessions / phases.

The long-term goal of Kim Jong-un is surely to continue his regime in North Korea. His short-term goal may be to show that he does not yield to the threats of Donald Trump.

Trump’s long-term goal regarding North Korea is unclear. During the election tour, he commented critically on the foreign policy
of his predecessor. His short-term goal is to be seen as a strong leader – one that will teach the North Koreans a lesson, at least verbally.

It can be deduced from the actions of both Jong-un and Trump that they are both on the outer edge of the hardline negotiation spectrum. A characteristic of ‘tough’, hardline negotiators is that they must respect their opponent, otherwise they will dominate them.

Between the two players, it is clear that this is currently out of balance. The United States has nuclear weapons – but unlike its predecessors, the current president is unpredictable about whether nuclear weapons could be used. North Korea appears to be close to confirming nuclear weapons.

The election of Donald Trump as president, and his potential use of nuclear weapons, may have led Kim Jong-un to realize that the balance of power must be restored. This could best be done by developing nuclear weapons.

So, will there be war?

With both sides having nuclear weapons the power balance would be established, so no need for a war.