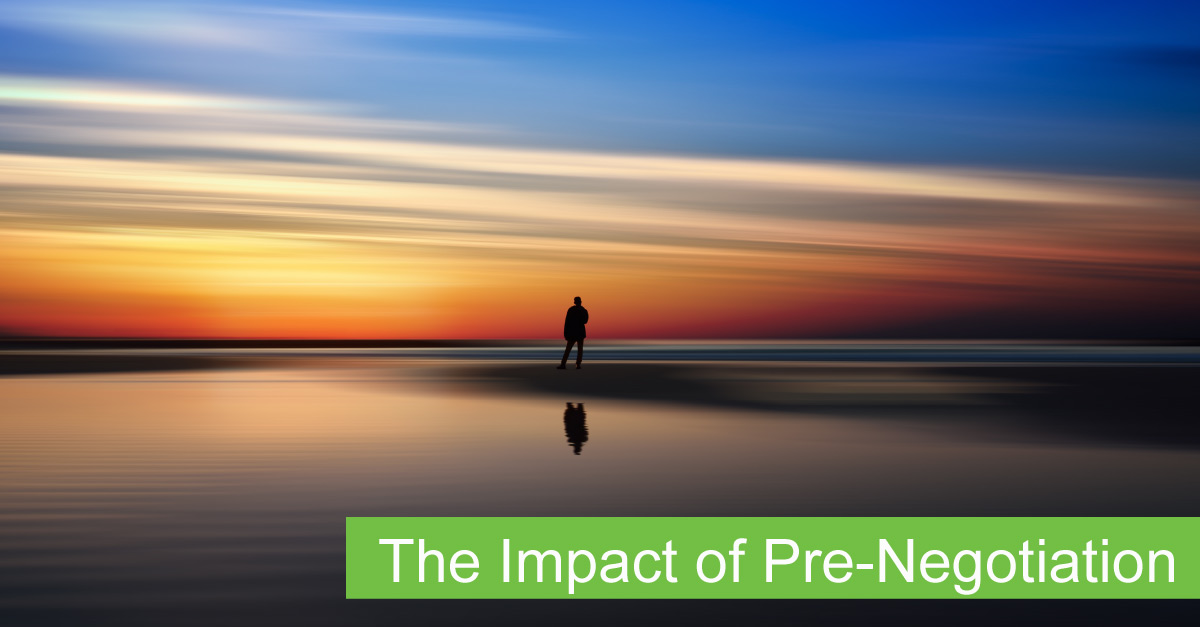 Britain voted to leave the European Union on 23rd June, 2016. Just six days later, Donald Tusk, president of the European Council, stated that there would be ‘no negotiations of any kind until the UK formally notifies its intention to withdraw’. In other words, until Britain triggered Article 50, there was nothing to talk about.

That seemed clear enough. But just a few seconds later he said ‘access to the single market requires acceptance of all four freedoms…there will be no single market à la carte’. Immediately after stating there was to be no negotiation, he started establishing a negotiation position. The EU pre-negotiation had begun. And today the pre-negotiation influencing continues.

The surprise Brexit vote meant there was to be a negotiation even though neither side was prepared. So, what was Tusk trying to achieve? One of the effective strategies of the  pre-negotiation phase is to attempt to influence  the other party’s expectations.

When we see a used car for sale – ‘$8,000 or nearest offer’ – we may think the seller foolish for revealing from the outset that the price is negotiable. However, they are in fact setting the agenda by establishing an initial negotiation position. They have fixed in our mind an idea about the range in which the negotiation will happen, thus influencing our expectations of the final price to be paid for the vehicle.

It is important for negotiators to be aware of the concept of ‘anchoring’. We have a psychological tendency to over-emphasize the importance of the first piece of information we receive about something. This information sinks an ‘anchor’ into the seabed of our minds and succeeding pieces of information tend to be judged around that benchmark. The $8,000 car might be worth substantially less, but by anchoring a price in our mind the seller increases the likelihood that we will judge its value closer to that mark.

In November 2016, with the expectation of formal negotiations still months away, Michel Barnier, the EU’s chief Brexit negotiator, briefed the Financial Times. He stated his opinion that Britain could be forced to pay up to €60 billion to exit the European Union. In December, he again stated to the media that Britain must keep paying ‘tens of billions’ annually into the EU budget until 2020.

What was he trying to achieve? To set down a marker for negotiations about the price of Brexit and to influence Britain’s expectations. It may also be an attempt to divert attention away from what the EU key objectives in the negotiations will be. If the British negotiators have the preconception that the hard fight will be about the cost of the divorce settlement, it makes it more likely that the EU will achieve their objectives in other areas.

Barnier is also trying to intimidate others. It is crucial for the future that the EU drives a hard bargain with Britain to deter other member states from contemplating secession. Landing some psychological blows in the pre-negotiation phase is important in what is likely to be a tough negotiation. It could, however, be counter-productive. A collaborative more communicative approach to  pre-negotiation, rather than antagonistic one, may well yield better results for both parties.

What is the key tip for negotiators? It is that the process of each party influencing the other starts early. The further away from formal negotiation the less aware people are that the negotiation process is operating and the easier it is to influence them. Skilled negotiators pay great attention to managing this pre-negotiation phase.

Whether you are asking for additional resources, agreeing terms with a supplier, conducting a staff performance review or discussing your next ...
Michael Hudson
Phases