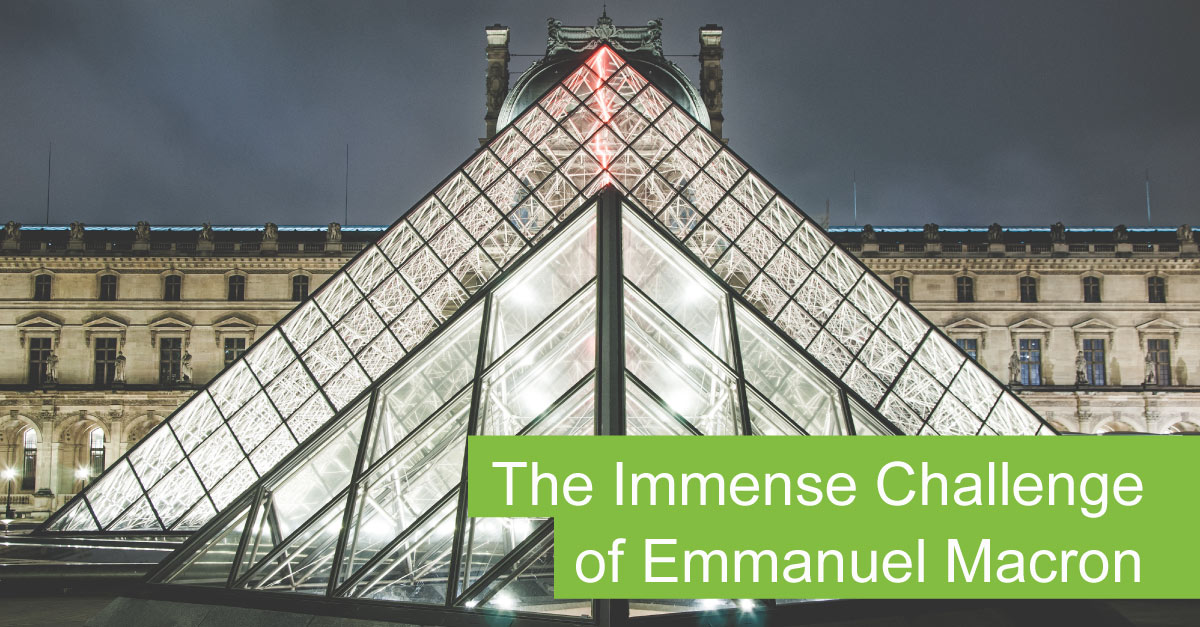 On Sunday, May 7, 2017 Emmanuel Macron was elected president of the French Republic. By May 14 at the latest, he will hold the reins of France. What will be his strategy of negotiation and influence to bring together the losers, the opponents and the disappointed?

Everything will go very quickly. After the inauguration will come the appointment of the Prime Minister and the government. Representatives to the National Assembly will be elected during the legislative elections of June 11 and 18. Macron has less than 6 weeks to forge the political apparatus that will support him in his change management.

French political life is strongly marked by criticism, protest and systematic opposition. Change is on everyone's lips and on all political agendas. The realization of change seems too often postponed to better days.

The new president is talented, determined, energetic, he has a vision, a project and ideas. He wants, he can listen and he is able to bring people together. Is this sufficient?

If the ultimate goal of any negotiation is to reach an agreement, Macron will have to work to discover and enlarge the common ground between the stakeholders. Common ground to be found in the space where the needs of the different actors overlap. Macron will have to take into account the needs expressed but also the more personal needs of those who will play the complex game of influence ...

How will he go about ‘co-creating’ a superior common ground that will unite each other? How will he broaden his support, appease, reconcile and convince the losers, opponents and the disappointed? What can he offer them so that they can join him and contribute to the renewal of France?

Concluding lasting agreements in the conduct of a country, diplomacy, business and private affairs follows the same principles of influence and negotiation.

To identify common ground and expand it, it would be good to follow a formal process which allows:

To deepen the discussion on this article as well as explore the development of your negotiation skills, contact us by email or by phone +612 9299 9688.

What will be its strategy of negotiation and influence to bring together the losers, the opponents and the disappointed?
Andy Marko
Needs

Emotion versus logic. Which takes precedence? At times we all experience strong feelings and during stressful situations these can erupt.
Michael Hudson
Climate

Negotiation commonly relies on some form of rules of engagement, sometimes unspoken. These standards of conduct or protocols help clarify and...
Michael Hudson
Case Studies

Our client in the Energy Industry faced a complex and hostile series of work place negotiations. We were engaged to focus...
Edwina Swan