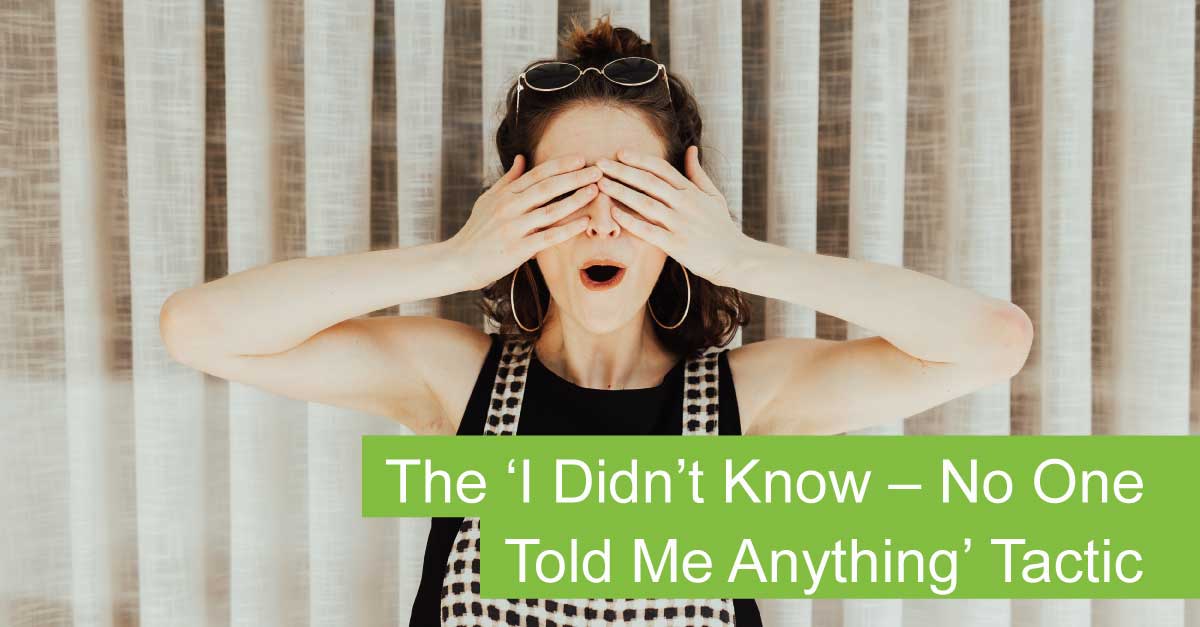 Rather than calling on the 'fifth amendment' right to remain silent, wide use has been made of what negotiators recognize as the concept of 'plausible deniability'. Most commonly this tactic masquerades as the 'I didn't know – no-one told me anything'. An attempt to negotiate their way out of an awkward situation.

Plausible Deniability is Not Sufficient Excuse

It can be easy when negotiating to be taken in by arguments containing slim content items allowing 'plausible deniability'. Indeed, such arguments encourage more generous negotiators to give the person the benefit of the doubt.

Those with long memories will recall a similar argument, now almost amusing in retrospect, being taken to its extreme. This was when US President Richard Nixon claimed over the Watergate scandal 'if the President does it, it's not illegal'. Maybe this will be the argument proffered by our political leaders to negotiate their way out of claims of wrongdoing. Of course, in the meantime they know nothing…

To counter the impact of such tactics, skilled negotiators need to be able to stand back sufficiently far from the substance of what is being denied. The influencing process that lies behind it will then become apparent.

Stand Back from The Substance and See The Process

This requires that you become good at negotiation process observation and diagnosis. Until you have that capability you will 'know nothing'!

Question: when did either your own, or neighborhood children last use 'plausible deniability' tactically?

And when did you…?

In our ENSI negotiation training we help participants become proficient in identifying the tactics being used by the other party, and then from our ENSI lists select the most effective counter-tactic by which to redress the balance of power.

The easy three step process is to:

Rather than calling on the 'fifth amendment' right to remain silent, wide use has been made of what negotiators recognize as...
Michael Hudson
Tactics

Beware of the Opening Move Anchor

We tend to give disproportionate weight to the first information we receive when we are required to make decisions. This is important for negotiators.
Michael Hudson