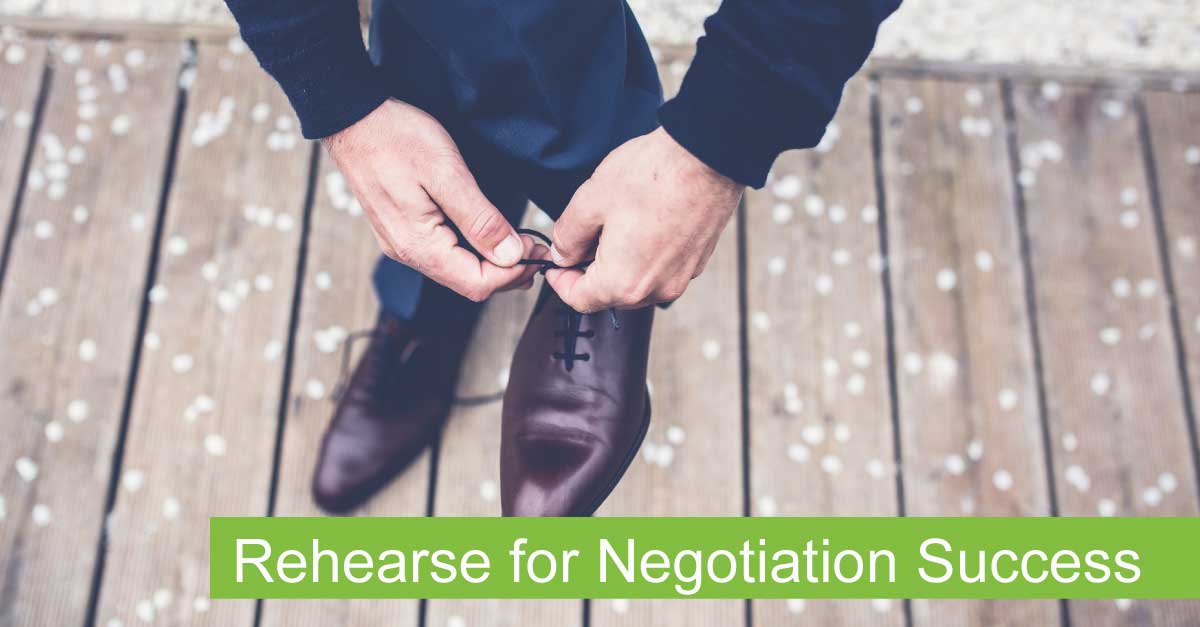 In sports, the more results-oriented the participants the higher the ratio of time spent in practice and rehearsal. Few would consider walking on to the playing venue unrehearsed. Yet, in our ENS International negotiation strategy development consulting work, we find this is rather the norm than the exception.

In quizzing our clients as to why this is so, we hear the following three explanations.Typically, they say something like: “We’ve not really considered it, but it is a good idea”. Or, we often hear even experienced negotiators claiming: “I’d love to, but I simply don’t have the time.” Lastly, others express doubt that one can rehearse something so complex and unpredictable as negotiation.

People who explain their failure to rehearse have mostly been working on one or more of these assumptions:

To overcome the first assumption, we usually only need to outline our value-adding experiences with training teams of some of the world’s most consciously aware negotiators to engage in extensive rehearsal before major negotiations.

To overcome the second and third assumptions usually requires the demonstration of a powerful technique we have developed to train negotiators utilizing psychodramatic methodology. We call this technique Active Role Reversal (ARR). In demonstrating the technique, we can easily show individuals and teams that a prerequisite for improving performance is that through ARR:

In doing this by ARR (after we have ensured our client has done their research about the other party), we can show that in fact they do subconsciously have an adequate feel for how the other side is likely to react or initiate in even complex scenarios.

From our experience of over 40 years, we have found our Active Role Reversal (ARR) negotiation preparation technique to be to be the most effective.

Whether you are asking for additional resources, agreeing terms with a supplier, conducting a staff performance review or discussing your next ...
Michael Hudson
Phases