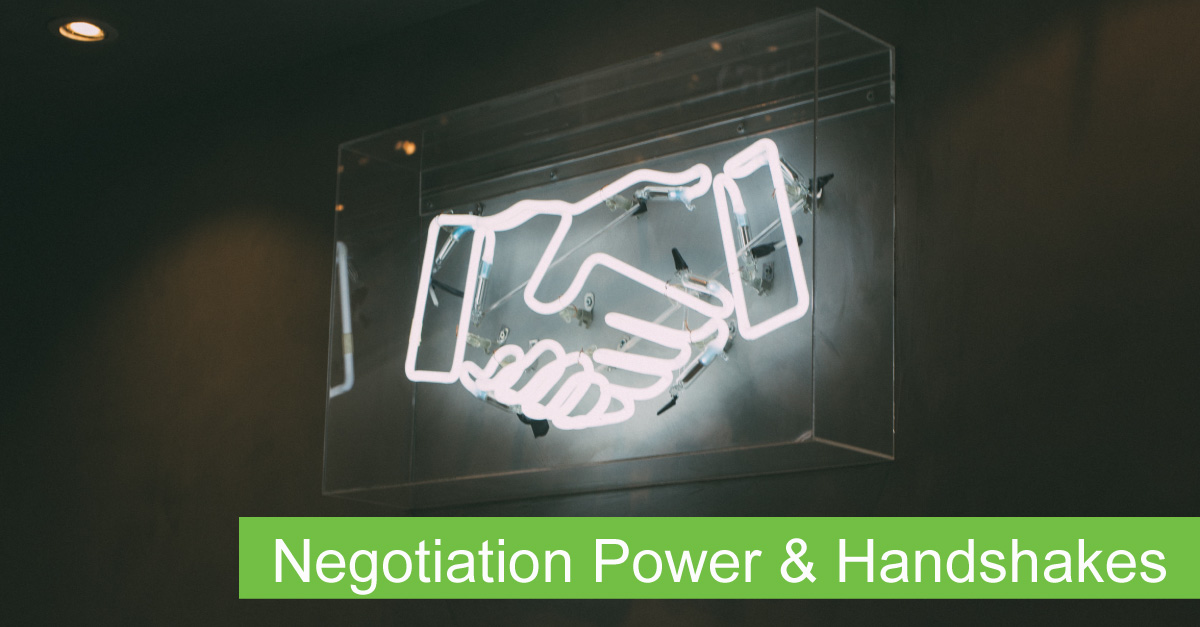 USA President Donald Trump has made plenty of headlines lately, not least with his clearly assertive approach to the handshake.

While using a powerful handshake to try to establish dominance is common, it is rare to see it used so forcefully. Japanese Prime Minister Shinzo Abe was the first leader to experience Trump’s formidable handshake. Leaders are now more prepared for meeting Trump: recent clasps with new French president Emmanuel Macron and Tajikistan president Emomali Rahmon have been described as epic white-knuckled duels resulting in bruised paws and wincing combatants.

Why is a simple handshake important?

We are social, tactile animals but in general have little physical contact with those who aren’t close family and friends. In many cases, the handshake (in cultures where it is used) is the only time two individuals will touch so it takes on a high symbolic significance.

As the opening action in a face-to-face negotiation, the handshake is a moment of coming together that can set the tone for the entire process. People form impressions of each other extraordinarily quickly when they first meet and these initial judgements can be decisive inputs into the negotiation outcome. You will (consciously or unconsciously) be judged on your handshake: a firm grip with eye contact increases your chance of making a favourable impression on the other party.

During a negotiation, the handshake may often also be used to seal agreement on a point, and in some cultures almost takes on the role of a contract. In this context, it is a symbol of accord. At the end of a negotiation meeting, the handshake confirms the process, the result and the relationship with the other party.

Skilled negotiators are aware of two types of handshake: cooperative and competitive

While Trump uses them to assert dominance, a handshake doesn’t have to be a power play. Recent research has emphasised the importance of handshakes in confirming commitment. It’s a strong psychological stimulus: studies show that people will even trust a robot salesperson more if it shakes on the deal. Using cooperative handshakes can be a powerful tool to increase certainty in your negotiating relationships. They form part of the nonverbal process which ENS International emphasises is a vital and underappreciated cornerstone of successful negotiation.

Competitive handshakes and counteracting them

Employing a competitive handshake is usually a conscious tactic used to signal power and establish dominance. Elements of this type of shake can include, for example, literally taking the upper hand, using an overly forceful grip, deliberately not making eye contact, and dropping the other person’s hand too quickly. By establishing symbolic physical superiority, this type of handshake can set a psychological marker that can significantly influence the negotiation process.

The first and most important way in dealing with any negotiating tactic, handshakes included, is to be aware that the other person is using it. The psychological impact of a dominant handshake is substantially reduced if you are conscious of the tactic, or process being used.

To counteract competitive handshakes, you can try to match grip strength, straighten the handshake or change the dynamic by placing your other hand on top. Don’t let your hand be dropped until you are ready to end the clasp. Especially if you are meeting Donald Trump!

The Operation of ʻJudicious Aggression’

As negotiators we need to know how to protect ourselves from aggressive behaviour. Yet we also need to appreciate that...
Michael Hudson
Style

One of the secrets of successful negotiators is that once you identify a tactic the other party is using, it helps remove the power that tactic...
Michael Hudson
Style

USA President Donald Trump has made plenty of headlines lately, not least with his clearly assertive approach to the handshake.
Michael Hudson