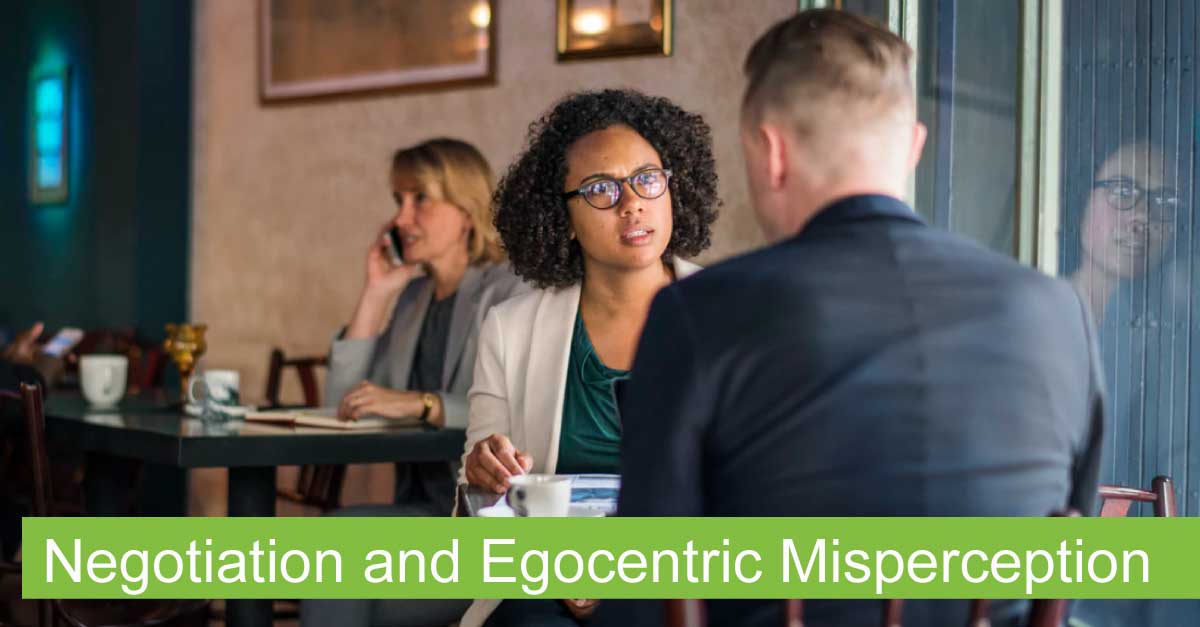 A major difficulty acknowledged in negotiation and conflict resolution research is that parties tend to exaggerate the degree to which the other party’s interests oppose their own. This egocentric view is commonly held as a true belief – or it may be used as a negotiation tactic to enhance power and control.

Consider commercial negotiations. For example, in corporate acquisition negotiations we may see an egocentric interplay with the acquiring corporate interests being overstated as significantly misaligned versus a self-interest in retaining jobs.

Also in personal divorce negotiations, people often strongly focus on and magnify their ex-partner’s opposing views. Even though it is clearly to their practical disadvantage, one party claims they are definitely ‘right’ while the other is definitely ‘wrong’.

So why do parties develop increasingly negative perceptions of each other? Negotiation research reports this is commonly due to egocentric tendencies, which are not helped by the:

The main issue for egocentric misperception is the inability of negotiators to see the situation from another’s point of view. Of course we all have egocentric tendencies: the self is the usual starting point in making judgments. However, the more parties are egocentric, the more likely they will become deadlocked.

Here are some suggestions for managing egocentrism.