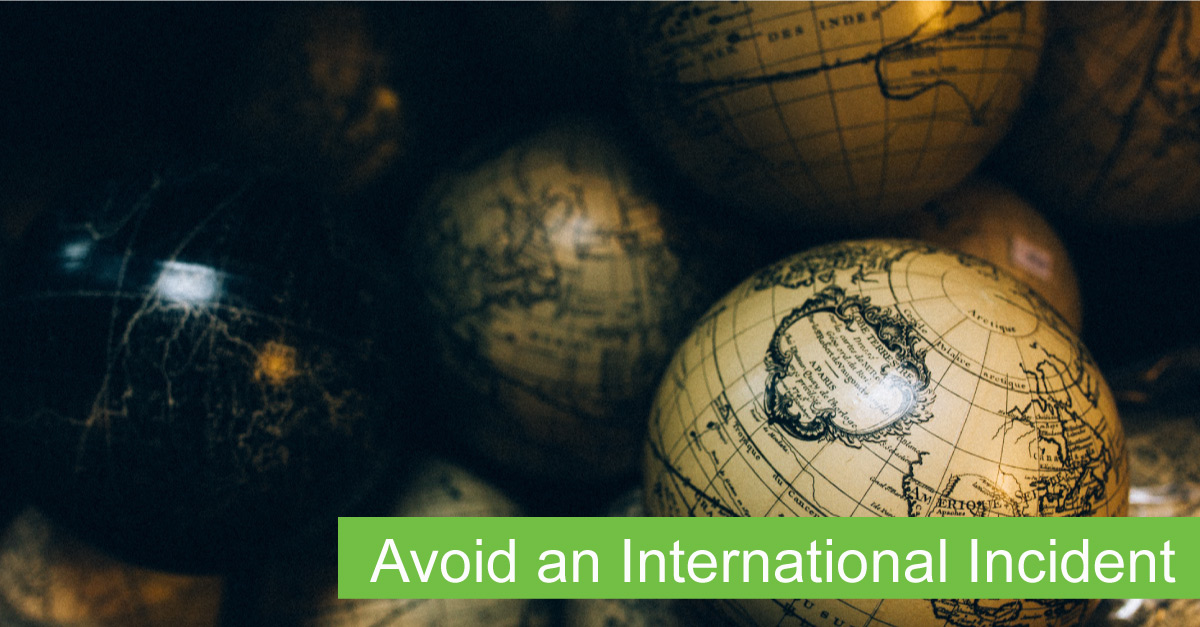 Cross-cultural negotiation can be a potential minefield. It calls upon many of the same skills required to negotiate in your own backyard, but also requires a keen awareness of different customs and contexts. So how can you approach your next negotiation to avoid an international incident?

All forms of negotiation are prone to misinterpretation. Being unfamiliar with the customs and diversity of cultural experience is one of the more obvious ways to see discussions breakdown.

Entering the mindset of your opponent is the first and most important step towards securing your desired outcome. To do this effectively requires a good deal of preparation.

Research has suggested that there is no single underlying way that we all absorb and process information. It suggests that Western negotiators take a more analytical view of isolated components, while their Eastern counterparts practice a more holistic analysis, paying greater attention to context and relationship.

In our view such popularized reporting can lead to dangerously simplistic generalizations. Certainly we appreciate there are significant variations from culture to culture in the ways information is processed and valued, and skilled negotiators recognize that almost all national, regional, and even sub-cultures (eg. corporate cultures, e-space cultures) require different approaches.

ENSI  has identified more than 50 commonly used behavioral tactics being used across the diversity of today’s global cultures. The skilled negotiator must identify which tactics are at play and which counter-tactics will be more or less effective in a given situation.

2. CONTROL THE WHERE AND WHEN: The choice of time and place can help establish home advantage, or may be used to show deference where appropriate.

3. VARY THE TACTICS: Reiterating a point of view, however obvious it seems to you, will not influence an opponent equally committed to a different resolution.

4. READ THE SITUATION: Effective cross-cultural negotiation is not about mirroring your opponent's customs but instead, recognizing them so that you can manoeuvre around them as appropriate.

5. KEEP YOUR EYE ON THE GOAL: The most advanced understanding of culture and behavior is useless if you don’t get the outcome that you require.

Negotiating and Influencing Outside Your Own Country

It has taken scholars an eternity to research just a few of the different ways in which people think and negotiate. This is despite the fact that indications have been evident since time immemorial.

Even before negotiations have begun, dissimilarity is evident. In one culture the standard introduction might comprise a cup of coffee and an enquiry as to whether your visitor found the office without any problems. In another culture sharing food and drink with a stranger may be unacceptable too early in the relationship. In yet another culture, this important introductory phase might run several days and include plant tours, leisure activities and other opportunities, both formal and informal, to get to know you better before getting down to business.

The theme of cultural variance is reiterated when countering contradiction. Some cultures are far more likely to acknowledge the merits of even weak arguments, to explore options and remain flexible. In stark contrast you will also be sure to experience cultural contexts where the opposing negotiators remain fixed and even become more entrenched when their opinion is challenged.

Another common example is the value of silence. Long periods of silent deliberation are a familiar feature of negotiations in many parts of the world. In other cultures, negotiating teams are used to leaving no silence unfilled. In a similar way, questions are encouraged in some cultures while in others they can be considered rude or inappropriate.

Understanding that different ways of saying NO has different connotations and underlines this point.

A clear negative is acceptable in some cultures yet offensive in others where people prefer simply to acknowledge a point or request time to consider an idea further. The list goes on and on....

Research and Preparation is the Key

Because the simplest things can undermine the good work that has gone on in setting up negotiations, it is important to prepare thoroughly to avoid these pitfalls.

Where novice negotiators blindly mirror the cultural conventions of their opponents (or worse still, expect opponents to mirror theirs), skilled influencers absorb relevant information, using it to understand and influence the state of negotiations at any given point.

Where the inexperienced seek to impose their own cultural definitions on a situation, the experienced recognize how and when to avoid this form of confrontation.

By recognizing the important role cultural norms play in cross-cultural negotiations, experienced negotiators are routinely outflanking their untutored opponents. And the rewards are there for all to see.

Is saving ‘face’ as important for negotiators in Western cultures as it is for those in the East?
Michael Hudson
Style

Cross-cultural negotiation can be a potential minefield. It calls upon many of the same skills required to negotiate in your own backyard, but...
Michael Hudson