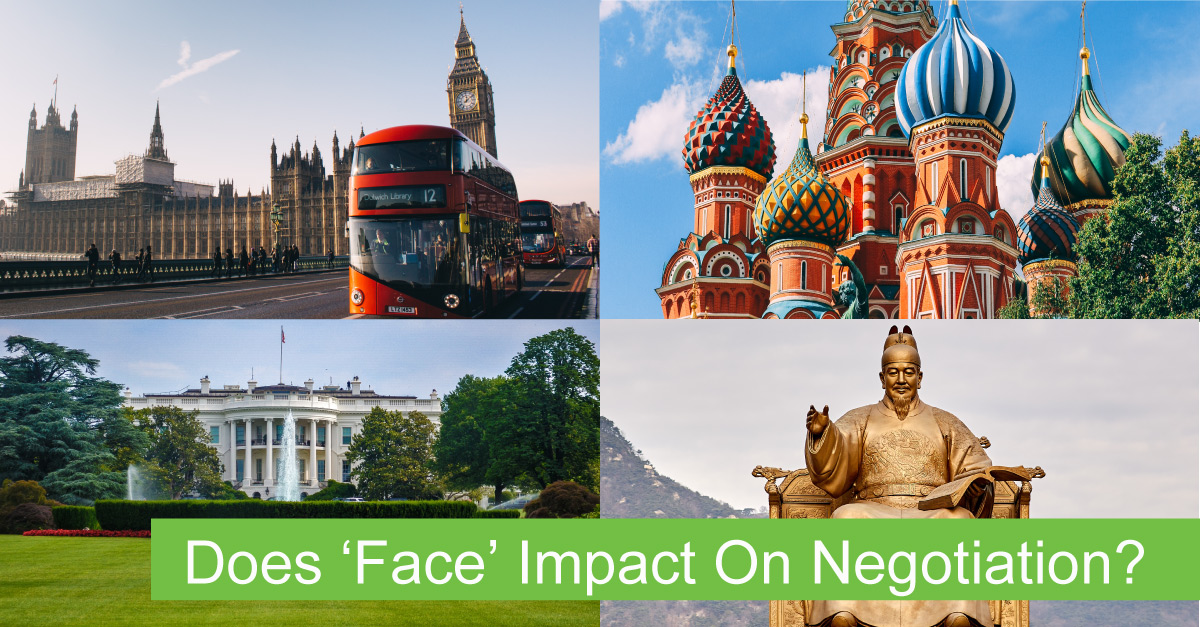 Is saving ‘face’ as important for negotiators in Western cultures as it is for those in the East?

While ‘face’, or the need for interpersonal recognition, may be more overtly recognized in the East, it is also an important component impacting on negotiation outcomes in the West.

Even though the other side’s proposal is acceptable, we sometimes see negotiators holding unnecessarily strongly to a position because they want to avoid the appearance as well as the feeling of backing down.

Papers released from the 1962 Cuban missile crisis suggest the negotiation came down to one question. How could Kennedy and Khrushchev retreat to more peaceful positions while retaining both personal and national honour in relation to each other and to the international arena?

In Kennedy’s memoirs he wrote that he learned a key lesson: ‘don't humiliate your opponent’. This included the importance of giving ‘face’ to Kruschev personally AND giving ‘face’ to the Russian people. This piece of history could be an important message for USA President Trump and North Korean Supreme Leader Kim Jong-un.

For Westerners, perhaps a close parallel is the feeling you have when your national or regional sporting team badly loses a game it was considered sure to win. If sport is not your thing, consider a group with whom you feel a strong identification; what situation could lead to a feeling of loss of ‘face’ for you?

So, in such situations, what can be done? Here are some suggestions.

Tips for Managing ʻFaceʼ in Negotiation

Cross-cultural negotiation can be a potential minefield. While it requires the same skills to negotiate in your own backyard, it also requires a keen awareness of the different customs and diversity of cultural experience of opposing negotiators. Consider the following…

Is saving ‘face’ as important for negotiators in Western cultures as it is for those in the East?
Michael Hudson
Style

Cross-cultural negotiation can be a potential minefield. It calls upon many of the same skills required to negotiate in your own backyard, but...
Michael Hudson