In the same way as some strong leaders sometimes fail, control may not always be effective in every situation.

Most business negotiations are about the returns to the business, or the management of risk, or the security of sustainable relationships: risk, return, relationships.

There is no balance sheet for relationships. They are intangible, and rarely do stakeholders complain about damage to a relationship when a good deal is sealed. This appears to encourage ‘pragmatic’ negotiators to ignore relationships saying they “just want to get down to business” and dominate the process. They believe that relationships can be dominated as well.

As an analogy, compare gravity to relationships. When we fly, do we dominate or control gravity? We have learnt its principles, we fear it, we take advantage, but do we ever become its boss? We don’t have control. Gravity both liberates and restrains us. While gravity is predictable, relationships are not.

Treating relationships mechanically is an error of classification. People are not machines, hence the perilous nature of trying to dominate or control them.

Controllers in negotiations often dictate what people can and cannot say. They demand a certain set of outcomes! They talk, not listen. They mostly live within their comfort zone, and stress when they get near the edge. They are driven by the tyranny of outcomes (content) and over-compensate by deciding that their methods (process) are the only ones that could possibly get them what they want. Ambiguity is right out.

The concept of control swings between the extremes of “I’ll have everything 100% my way” to its opposite, the very passive “you can have everything 100% your way”. While these are extremes, to keep perspective, occasionally they are useful options. But not all the time, and certainly not out of habit. We get to know people through their habits, or behavioural patterns. These can liberate us or they can restrain us.

WHO do we become when we MUST have control?

The root of the need for control lies in anxiety, or neuroticism to use the formal psychological terminology. If we don’t control, something bad will happen. Simple as that. Daniel Kahneman, the Nobel Prize winning economist, suggests in his book ‘Thinking Fast and Slow’ that humans are fundamentally unable to understand and accept the lack of control we have of our lives.

So what behavioural patterns are we talking about? Make a list – distrustful, dismissive, arrogant, judgmental, micro-managing, prescriptive, tiresome, repetitive, stagnant, predictable, lonely. We could go on. And all because we felt vulnerable and there was another human being involved who just won’t ‘go along’.

WHO does the Other Party become?

We commonly end up preferring relationships that people choose to be in and want to be a part of. Gravity can be exhausting, but cannot be ignored. It is tempting at times to take relationships for granted when we feel the need to ‘cut through’. It’s not worth it.

The irony of those negotiators who demand to control the outcome (content-addicts) is that what they often fear most is the vulnerability of taking a risk and the emotion of failure.

Maybe gravity has taught us the risk is worth it. 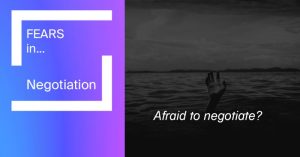 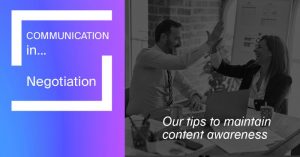 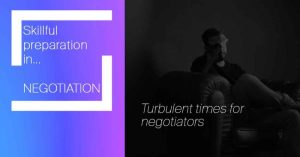