Our client in the Energy Industry faced a complex and hostile series of work place negotiations.

We were engaged to focus on achieving a ‘Cultural Shift’ to help change the negotiating ‘mindset’ on both sides.

Negotiations were concluded quickly, at low cost and with dramatically improved working relationships.

Need to change your work culture? Partner with us to develop an organization change management platform to address and develop collaborative negotiation skills. Learn More

How To Make An Alliance Work 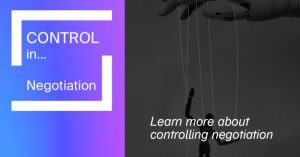